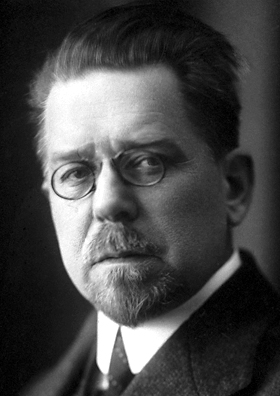 Władysław Stanisław Reymont (, born Rejment; 7 May 1867 – 5 December 1925) was a Polish novelist and the 1924 laureate of the Nobel Prize in Literature. His best-known work is the award-winning four-volume novel ''Chłopi'' (''The Peasants'').

Born into an impoverished noble family, Reymont was educated to become a master tailor, but instead worked as a gateman at a railway station and then as an actor in a troupe. His intensive travels and voyages encouraged him to publish short stories, with notions of literary realism. Reymont's first successful and widely-praised novel was ''The Promised Land'' from 1899, which brought attention to the bewildering social inequalities, poverty, conflictive multiculturalism and labour exploitation in the industrial city of Łódź (Lodz). The aim of the novel was to extensively emphasize the consequences of extreme industrialization and how it affects society as a whole. In 1900, Reymont was severely injured in a railway accident, which halted his writing career until 1904 when he published the first part of ''The Peasants''.

Władysław Reymont was very popular in communist Poland due to his style of writing and the symbolism he used, including socialist concepts, romantic portrayal of the agrarian countryside and toned criticism of capitalism, all present in literary realism. His work is widely attributed to the Young Poland movement, which featured decadence and literary impressionism. Provided by Wikipedia
Showing 1 - 1 of 1 for search: 'Reymont, Wladyslaw Stanislaw, 1867-1925', query time: 0.01s
List  Tabulka
Search Tools: Get RSS Feed — Email this Search —
Loading...